Christina McKinley is a shareholder in Babst Calland’s Litigation, Energy & Natural Resources, and Environmental groups. Ms. McKinley continually strives to provide business-oriented solutions to her clients and routinely serves as a general advisor, counseling clients on day-to-day legal and business matters on any number of issues. Her business-focused, proactive approach to problem-solving allows her to provide solutions to clients in a variety of industries. Her experience spans a wide range of industries, including manufacturing, retail, energy, chemicals, and environmental.

An experienced appellate litigator, Ms. McKinley has practiced before the United States Supreme Court at every stage of the process, including the briefing and preparation of two merits cases that were argued before the Court. She also has briefed and prepared cases for argument before the United States Courts of Appeals for the Second, Third, Sixth, and D.C. Circuits, and she has argued numerous cases before the Pennsylvania intermediate appellate court. Her appellate practice spans a range of substantive fields, including intellectual property, immigration, tax, bankruptcy, and criminal law.

Prior to joining Babst Calland, Ms. McKinley was a Litigation and Dispute Resolution shareholder in a Pittsburgh firm with a global reach. While there, she served on the firm’s Talent Management Team and Hiring Committee and coordinated the summer-associate workflow for the firm’s summer program. Ms. McKinley began her career at a prestigious D.C.-based global law firm where she served as a senior associate in the Government and Regulatory Litigation, Appellate and Supreme Court Litigation, and Intellectual Property Litigation groups. She also served on the steering committee of the firm’s Women’s Leadership Initiative. Before entering private practice, Ms. McKinley was a law clerk to the Honorable Janice Rogers Brown of the United States Court of Appeals for the District of Columbia Circuit. Before that, she served as a law clerk to the Honorable Michael S. Kanne of the United States Court of Appeals for the Seventh Circuit.

Since beginning private practice, Ms. McKinley has maintained a robust pro bono practice in which she has devoted hundreds of hours to indigent defendants. She also has worked to improve the legal profession and her community through her advocacy for civil rights in areas such as voting, marriage equality, education, immigration, prisoner litigation, and veterans’ benefits. Ms. McKinley is a member of the Allegheny County Bar Association and its Women in the Law Division. She also serves on the Women’s Initiative Committee at Babst Calland. Ms. McKinley is an active member of the Italian Sons and Daughters of America and frequently has volunteered her time at the organization’s annual event at Kennywood amusement park, where it hosts intellectually and physically challenged young adults.

Ms. McKinley was selected to the Pennsylvania Rising Stars list (Thomson Reuters) for Business Litigation in 2017-2020 and 2022. 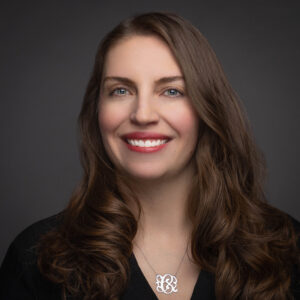