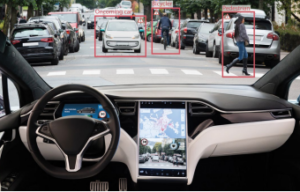 On August 13, 2021, the National Highway Traffic Safety Administration’s (NHTSA) Office of Defect Investigations (ODI) opened a Preliminary Evaluation (PE21-020) into crashes with in-road or roadside first responders involving Tesla vehicles where Autopilot was confirmed to have been engaged during the approach to the crash.  NHTSA cites to 11 crashes involving emergency vehicles that involved 17 total injuries and 1 fatality.  The earliest cited crash is the January 22, 2018, crash in Culver City, California, where a Tesla Model S rear-ended a firetruck parked along a California freeway. A National Transportation Safety Board investigation into the crash found that the driver was overly reliant on Autopilot and that Autopilot allowed the driver to disengage from the driving task.

In the investigation report, ODI described Tesla’s Autopilot as an SAE Level 2 Advanced Driver Assistance System (ADAS) system “in which the vehicle maintains its speed and lane centering when engaged within its Operational Design Domain (ODD).” Even with the ADAS active, ODI noted that the driver continues to hold primary responsibility for Object and Event Detection and Response (OEDR).  As such, ODI explained that the investigation will “assess the technologies and methods used to monitor, assist, and enforce the driver’s engagement with the dynamic driving task during Autopilot operation.”  ODI will also evaluate Autopilot’s ODD and OEDR.

While the investigation focuses on a relatively narrow issue—the ability of Autopilot to identify and respond to parked emergency vehicles—it reinforces the Agency’s interest in crashes involving SAE Level 2 ADAS systems that are being deployed on public roads.  Particularly, the Agency’s interest in how vehicle manufacturers are perhaps enforcing the driver’s engagement when these systems are activated.  This investigation follows NHTSA’s recent Order requiring crash reporting for ADAS-equipped vehicles. 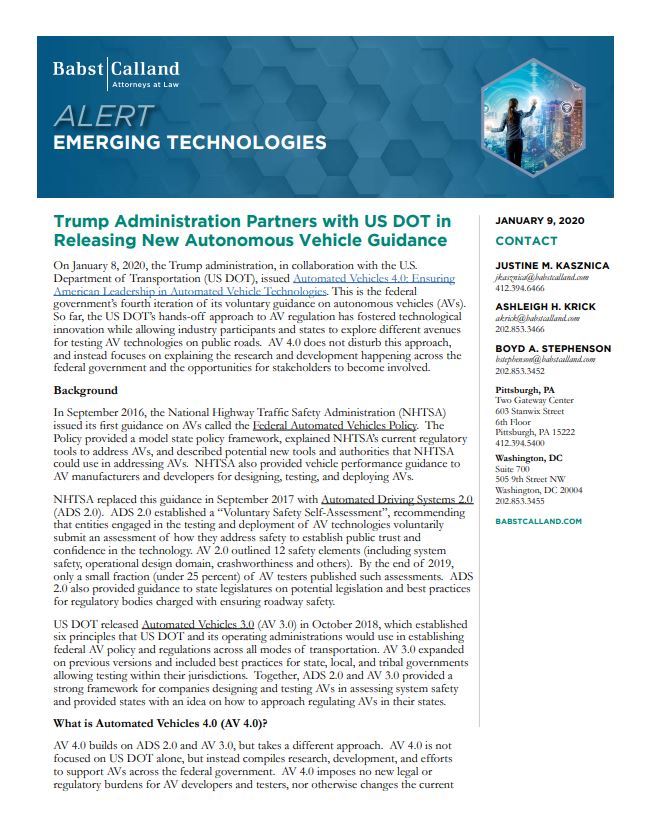 On January 8, 2020, the Trump administration, in collaboration with the U.S. Department of Transportation (US DOT), issued Automated Vehicles 4.0: Ensuring American Leadership in Automated Vehicle Technologies. This is the federal government’s fourth iteration of its voluntary guidance on autonomous vehicles (AVs). So far, the US DOT’s hands-off approach to AV regulation has allowed for technological innovation while allowing industry participants and states to explore different avenues for testing AV technologies on public roads.  AV 4.0 does not disturb this approach, and instead focuses on explaining the research and development happening across the federal government and the opportunities for stakeholders to become involved.