Blaine Lucas is a shareholder in the Public Sector Group of Babst Calland. He is also a member of the firm’s Energy and Natural Resources Group, and is responsible for coordination of the firm’s representation of traditional and renewable energy industry clients on land use and other local regulatory matters. He has represented oil and gas operators in obtaining local government approvals for unconventional natural gas wells, compressor stations, meter stations, transmission line interconnects, processing facilities and pipelines. He has assisted both traditional and renewable energy industry clients in analyzing the substantive impact and procedural requirements of land use, noise, road and other local ordinances, and pursued validity challenges where ordinances prohibit or unreasonably restrict industry activities. Conversely, he has successfully represented operators in multiple Pennsylvania appellate cases in which the courts have rejected challenges asserting that zoning ordinances are invalid because they authorize oil and gas development. He also has advised operators on the Pennsylvania Vehicle Code and PennDOT regulations related to the movement of drilling rigs, water trucks and other vehicles on weight restricted roads, negotiated the terms of excess maintenance (heavy hauling) agreements and associated bonding requirements with PennDOT and local municipalities, and assisted clients in resolving disputes regarding responsibility for and repair of road damage.

Some of his other notable projects have included successfully representing a commercial developer in a Pennsylvania Supreme Court case dealing with the extension of non-conforming structures, obtaining a jury verdict in favor of a property owner in a federal civil rights First Amendment retaliation case, obtaining a favorable decision from the Pennsylvania Commonwealth Court permitting the construction of a residential high-rise, litigating light-rail construction claims, developing model procurement documents, drafting solid waste and recycling contracts, litigating rail crossing issues before the Pennsylvania Public Utility Commission, and developing bid documents for demolition and environmental remediation of former steel plants.

Babst Calland is an associate member of the Marcellus Shale Coalition, and Mr. Lucas actively participates in the MSC’s Legal Committee. He is also a member of the Pennsylvania Independent Oil and Gas Association. Mr. Lucas has served as an adjunct professor at the University of Pittsburgh School of Law, where he taught Land Use Law. He also has served as an instructor for the Local Government Academy’s Newly Elected Officials Course.

Over the past several decades, Mr. Lucas has spoken and written frequently on numerous municipal law issues for the benefit of the Bar Association, as well as other public and private organizations, with a particular emphasis on land use matters. He frequently speaks on zoning, subdivision and land development, noise, road bonding and other local regulatory controls confronting local governments and the energy industry. 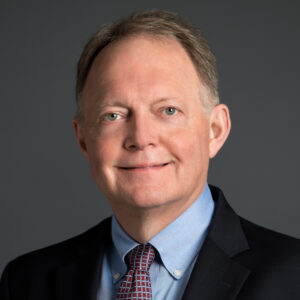