Joshua Snyder is an associate in the Litigation and Energy and Natural Resources groups of Babst Calland.  Mr. Snyder has extensive experience representing oil and gas producers in a range of disputes.  His energy litigation experience includes defending oil and gas producers and contractors from personal injury, toxic tort, nuisance, and lease dispute claims.  Additionally, Mr. Snyder has represented clients in the manufacturing, finance, healthcare, and coal industries in a range of commercial disputes.  He has represented clients in federal and state courts, as well as before administrative bodies and arbitration panels.

Mr. Snyder is admitted to practice in Pennsylvania and Ohio, as well as before the United States District Courts for the Western District and Middle District of Pennsylvania.  He is a member of the Allegheny County Bar Association. Mr. Snyder has served as a member of the Franklin Park Borough Environmental Advisory Council, which advises the Borough Council on potential environmental impacts of activities within the Borough. He also has volunteered with Big Brothers Big Sisters of Greater Pittsburgh and the YMCA Youth and Government programs.

Mr. Snyder received a Best Lawyers®: Ones to Watch recognition from BL Rankings for Commercial Litigation and Energy Law since 2021.  He has also been selected to the Pennsylvania Rising Stars list (Thomson Reuters) since 2020. 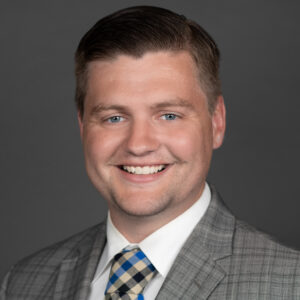