Keith Coyle is a member of the Firm’s Washington, D.C. office and a shareholder in the Energy and Natural Resources, Environmental and Transportation Safety groups and Pipeline and HazMat Safety practice. Mr. Coyle advises clients throughout the United States on energy matters, but his practice focuses primarily on the regulation of pipelines and liquefied natural gas (LNG) facilities and the transportation of hazardous materials. He has significant experience working on these issues for clients in the private sector, as a former government attorney, and through his participation in industry task forces and trade organizations.

Mr. Coyle acquired a deep understanding of matters relating to the regulation of oil and gas pipelines and LNG facilities while serving as an Attorney-Advisor for the U.S. Department of Transportation’s Pipeline and Hazardous Materials Safety Administration (PHMSA), the federal agency responsible for overseeing the safety of the nation’s pipeline transportation infrastructure. Working in cooperation with other agencies, including the Federal Railroad Administration, Federal Motor Carrier Safety Administration, Federal Aviation Administration, and United States Coast Guard, PHMSA also regulates the safe transportation of energy products and other hazardous materials.

Mr. Coyle advises his clients on PHMSA compliance issues and acts as outside counsel during audits and investigations, enforcement cases, and other administrative proceedings. He also assists clients by participating in PHMSA-related proceedings at the state level and in the federal courts and by drafting legislative and regulatory proposals.

Mr. Coyle currently represents some of the country’s most important pipeline industry trade organizations as well as various regional, national, and multinational energy companies. He has testified before legislative bodies, is a frequent speaker at industry forums, and has written articles on pipeline safety issues for a variety of publications.

In addition to his client representations, Mr. Coyle is an active member of the Marcellus Shale Coalition, the Appalachia Basin’s leading oil and gas trade organization, where he leads the Pipeline and Midstream Committee’s Pipeline Safety Workgroup. He also served as a member of the Pipeline Infrastructure Task Force, a stakeholder group formed in 2015 by Governor Tom Wolf to examine a range of pipeline developments issues in the Commonwealth of Pennsylvania.

Mr. Coyle previously served as legislative counsel for Congressman Kevin Brady, where he focused on energy, natural resources, and environmental issues. He has prior experience in the areas of veterans’ and special education law.

Mr. Coyle earned an LL.M. in Law & Government from American University in 2006, and a J.D. in Integrated Trial Advocacy from Temple University in 2005, where he served as an officer and member of the Moot Court Honor Society. He graduated from Lehigh University in 2000, earning a B.A. with Highest Honors in International Relations.

Prior to rejoining Babst Calland, he worked for a prominent Washington, D.C.-based energy, environmental and natural resources law firm.

Mr. Coyle is admitted to practice in Pennsylvania, the District of Columbia and before the U.S. Court of Appeals for Veterans Claims. He is a member of the Marcellus Shale Coalition’s Pipeline and Midstream Committee, where he leads the Pipeline Safety Workgroup, and previously served as a member of Pennsylvania’s Pipeline Infrastructure Task Force. He is also a member of the Energy Bar Association, where he previously served as chairman and vice chairman of the Compliance and Enforcement Committee, and the American Bar Association’s Section on Public Utility, Communications and Transportation Law. 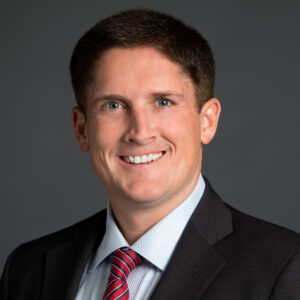