Kevin Douglass is a shareholder in the Firm’s Litigation, Energy and Natural Resources, and Emergining Technologies groups. Mr. Douglass has more than 30 years of experience litigating complex commercial matters in a variety of forums including federal, state and bankruptcy courts. His experience includes numerous jury trials, bench trials, preliminary hearings, appeals, mediations, mini-trials and arbitrations. In addition, Mr. Douglass is a certified mediator.

Mr. Douglass often represents natural gas and coal clients in litigation and administrative proceedings involving lease and title disputes, subsidence issues, zoning matters, pipeline construction, supply agreements and challenges to municipal ordinances. He is the editor of the Firm’s Babst Calland Report, a comprehensive annual publication that covers events and issues of interest to the energy industry. Mr. Douglass is a past president and executive committee member of the Energy & Mineral Law Foundation (EMLF) and continues to serve on its Board of Trustees. In 2018, he was the recipient of the EMLF’s John L. McClaugherty Award for extraordinary service to the legal profession and the EMLF.

Mr. Douglass provides client counseling, mediation and litigation services to businesses, business owners, managers, directors and officers concerning their contractual and fiduciary rights and responsibilities, particularly when disagreements arise between them. His work often involves detailed analysis of company governance documents, as well as contracts and agreements relevant to the representation. He has extensive experience advising clients concerning the buyout of an owner, the termination of employment, violations of anti-competition or trade secret provisions, compensation issues and corporate governance matters. His litigation practice frequently involves both derivative and direct business owner claims such as breach of fiduciary duty, mismanagement, “freeze-out,” fraud, misrepresentation, conspiracy, usurpation of corporate opportunities and other alleged improprieties.

Mr. Douglass is a member of the Allegheny County, Pennsylvania and American Bar associations. He has served on Allegheny County’s Judiciary Committee and is a past chair and a current member of the Court Rules Committee. Mr. Douglass also has been appointed to serve on ad hoc committees responsible for extensive changes to the County’s local rules and jury selection system. Among his civic activities, Mr. Douglass supports trade and international investment in the region by serving on the board of directors of GlobalPittsburgh. 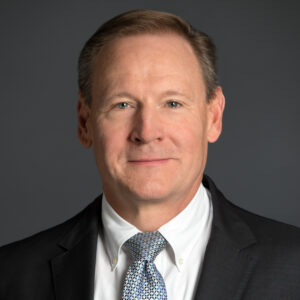