Steve Antonelli is a shareholder in the Employment and Labor and Litigation groups of Babst Calland. He is also a member of the firm’s multi-disciplinary Energy and Natural Resources Group. His practice includes representing employers of all sizes, from Fortune 500 companies and large healthcare organizations, to non-profit organizations and family-owned businesses. He represents clients, in all phases of employment and labor law, from complex class and collective actions and fast-paced cases involving the interpretation of restrictive covenants, to single-plaintiff discrimination claims and day-to-day human resources counseling.

In addition to his experience as a federal and state court litigator, Mr. Antonelli has also practiced before a number of administrative agencies such as the Equal Employment Opportunity Commission and numerous state human relations commissions, the United States Department of Labor, National Labor Relations Board, and Pennsylvania Department of Labor and Industry. His appellate experience includes practice before the United States Courts of Appeals for the Third and Sixth Circuits, Pennsylvania Superior Court, and Pennsylvania Commonwealth Court.

Mr. Antonelli received his J.D. from Duquesne University School of Law in 2005, where he served as the Executive Comments Editor of the 7th Volume of the Duquesne Business Law Journal. He was a member of the Louis L. Manderino Honor Society and a participant in the National First Amendment Moot Court Competition at Vanderbilt University. He received two CALI Excellence for the Future Awards. During his law school career, Mr. Antonelli completed judicial externships with Chief Justice Ralph J. Cappy of the Pennsylvania Supreme Court and President Judge Joseph A. Del Sole of the Pennsylvania Superior Court. He also served as a summer intern for Pine Tree Legal Services in Portland, Maine. Mr. Antonelli graduated from Boston College in 2000, earning a B.S. in Finance. After graduation, he worked for two years as the Director of Operations for a privately-owned satellite television provider based in Greenwich, Connecticut.

Mr. Antonelli is the chair of Babst Calland’s Employment and Labor Group, as well as a member of the Firm’s Associate Review Committee, Energy Steering Committee, and Human Resources Committee. He is also one of the editors of the Shale Energy Law Blog and a regular contributor to the firm’s annual Babst Calland Report.

Mr. Antonelli has written several articles focusing on employment law for Pennsylvania Law Weekly and The PIOGA Press. He also spoke on a panel at the Allegheny County Bar Association’s 2019 Bench-Bar Conference on the topic of “Finding Success in Workplace Interactions.” 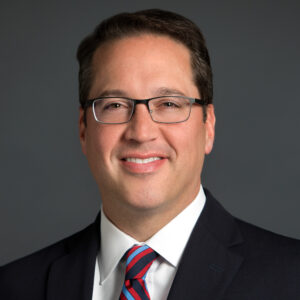